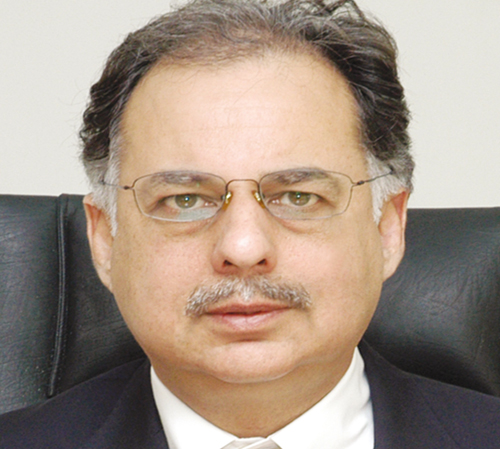 He was part of the process initiated by the Government of Pakistan to reform the financial sector under the Microfinance Sector Development Program in 2000 and has been a critical force in demonstrating the success of microfinance in Pakistan with Khushhali bank as a leading benchmark.

Under his leadership Khushhali has emerged as Pakistan’s premier microfinance Institution and the Institute of Bankers of Pakistan recognized Khushhali as the ‘Best Microfinance Bank in Pakistan” consecutively for year 2018, 2019 , 2020 & 2021.

His accomplishments include successful steering of the divestment process of Khushhali Microfinance Bank in the year 2012as a consequence of which the bank was able to attract investment from leading domestic and International investors. With the new set of investors on board the bank is undergoing an ambitious transformation program to be able to serve the expanded microenterprise segment of the market in the country.

Prior to Khushhali, he commenced his career with the Bank of America in 1982 and concluding with the National Bank of Pakistan, one of the country’s largest commercial bank as its Senior Executive Vice President.

He serves on many Boards and Steering Committees; has represented the Bank at Summits, Conferences and meetings at national and International forums and contributes towards print media on issues of Financial Inclusion for the poor.

He holds a Master’s degree in Computer Science from the Quaid-e-Azam University Islamabad and is the recipient Sitara-i-Imtiaz, one of Pakistan’s highest Presidential civil awards.