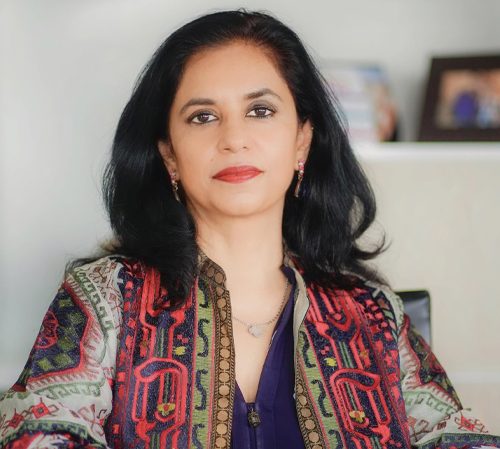 Ms. Zafar is the founder and managing director of Kashf Foundation. She worked with the World Bank in Islamabad in the Water and Sanitation department for several years prior to setting up the Foundation. Ms. Zafar was one of the first Ashoka Fellows in Pakistan and has been a Schwab Foundation Social Entrepreneur since 2004. Ms. Zafar has also been awarded the Tamgha-e-Imtiaz, one of Pakistan s highest civilian awards, by the President of Pakistan for her work in the field of development and women’s empowerment and was also awarded the Skoll Award for Social Entrepreneurship in 2007 and the Vital Voices award for Economic Empowerment in 2010.

She is also served as a member of the Prime Minister’s Taskforce on Austerity and Federal Government restructuring, and sits on the board of several institutions including the Finca Microfinance Bank, Pakistan Microfinance network, Munsalik, Kinnaird College and Pakistan Medical Council.  Ms. Zafar is a graduate of the Wharton Business School,University of Pennsylvania, USA and also holds a Master’s degree in Development Economics from Yale University, USA.